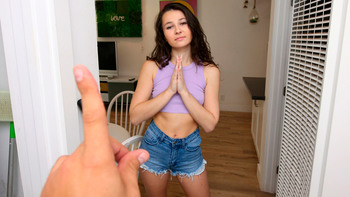 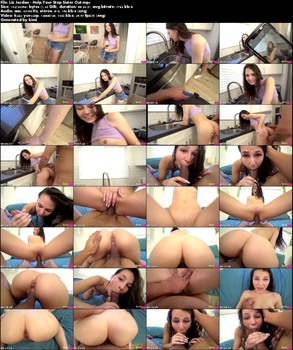 Lis Jordan needs some help from her stepbrother, Tony, as they clean the house. She really doesn’t want to do one of her chores, so she begs and pleads for Tony to do it for her, but he tells her to get lost. When Tony comes into the kitchen and finds Liz with her reluctant hand stuck in the garbage disposal, he helps her out by pulling her shorts down and sliding his dick into his stepsister’s lush puss. Liz likes the way her big brother’s dick feels inside her, so as soon as she’s freed from the sink she decides to take things to the next level.

Tony takes control as Liz gets on her back and spreads her legs wide open. He dives deep, wetting his dick in that tight little pussy. Then Liz gets on her hands and knees so Tony can give it to her in doggy. He brings her off with his hands on that lovely ass, molding the cheeks for both of their pleasure. When Liz is sated, she goes back to licking and sucking until Tony rewards her by nutting into her waiting open mouth.