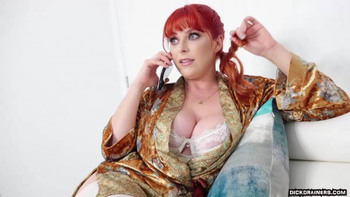 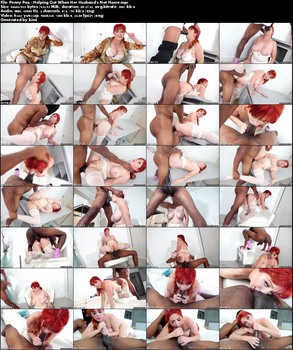 Penny’s husband Jerry is a hard worker and his salary is pretty nice…but he’s also insecure, meek, annoying and completely oblivious to things around him….namely his hot wife!

Penny is blessed with beautiful blue eyes, striking red hair, a nice plump ass and big…juicy…bouncy natural tits. She gets looks everywhere: at the grocery store, at restaurants, all over. She’s caught the security guard at her building checking her out quite a few times…..

That same security guard is supposed to let her know when Jerry’s on his way up so she can surprise him in some sexy new lingerie she bought. But right when Penny checks the time and notices that Jerry should be home soon….she gets a call. It’s Jerry. And Penny knows that Jerry only calls from work for one reason. To say he’s staying late at work.

Penny sighs. Cancelled on again. "Why on earth did I marry Jerry???" she thinks. He may not appreciate her…but Penny knows there’s lots of other men who definitely would…