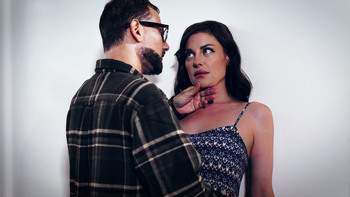 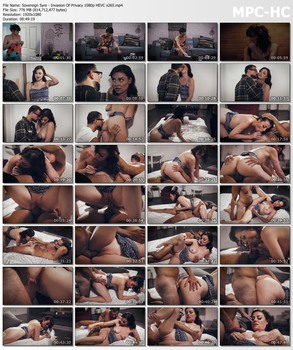 SCENE OPENS on Tammy (Sovereign Syre). She is chatting on the phone to a friend as she tidies up around the house. She mentions her recent breakup and talks about how happy she is that she has moved into a brand new place. Tammy also mentions that she has seemingly been misplacing things lately.

Tammy looks around her new apartment with a smile, excited for her new beginning.

Days later, Tammy walks into the room from the bathroom. She has a towel around her body and a separate towel around her head. She has clearly just gotten out of the shower. As she walks towards her bed, she looks down at the floor, stopping in her tracks as she sees something. She looks surprised and puzzled as she looks down at an unlit and unused cigarette. Tammy picks it up. She looks very unsettled and nervous as she looks around the room.

Tammy (who doesn’t smoke) quickly calls her superintendent Ray (Calvin Hardy) to ask if any maintenance people have been in her apartment. He tells her nobody has and mentions the possibility of the previous tenant still having a key. This makes Tammy even more nervous but Ray assures her that the building is safe.

Days later, Tammy arrives home to find her door open. Looking fearful and uncertain what to do, Tammy calls Ray in a panic. He tells her he will be right over to change the locks as a precaution.

A few minutes later, Ray has just finished changing the locks. Tammy is very appreciative to Ray for making her feel safe. But there’s something Tammy doesn’t know about Ray…something that would make her rethink ever inviting him into her home…